In good news that has scientists excited, bowhead whale populations are nearing pre-commercial whaling numbers in U.S. waters. According to a recent National Oceanic and Atmospheric Administration (NOAA) report card on the species, bowhead whales are the true Arctic baleen whale species and the only one that lives in the cold waters year-round. In the 1700s, […] 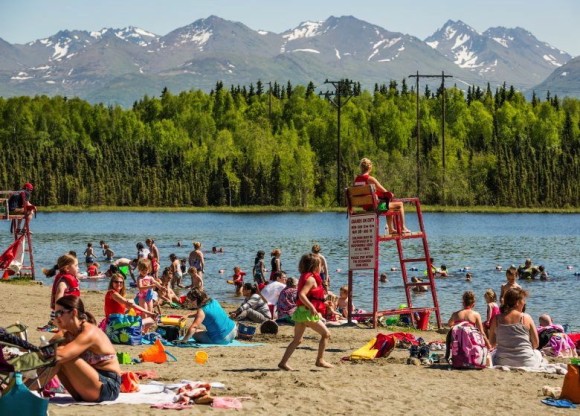 A heat wave pulsating through the Arctic helped push Alaska to its warmest month ever recorded in July, with the state’s vast coastline left completely barren of sea ice. Alaska’s average temperature in July was a record 58.1 degrees F (14.5 degrees C), nearly 1 degree F above […]